The Impact of Technology

I still remember the day I got my first cell phone, and what a brick it was! Today, we are surrounded by amazing conveniences and efficiencies all provided by technology, which continues to grow at an amazing rate. I don’t think there are too many of us willing to do without our cell phones now!

But, is there a downside to all of this wonderful technology? Some experts scoff and say no, others believe completely the opposite. From my own personal experience, I absolutely believe it has a negative impact, as I’ve seen it over and over with every space clearing I do.

There is a form of stress that’s taken care of in a space clearing, and that’s known as electromagnetic frequency or fields. The National Institute of Environmental Health Sciences (NIEHS) defines electromagnetic fields (or EMFs) as: 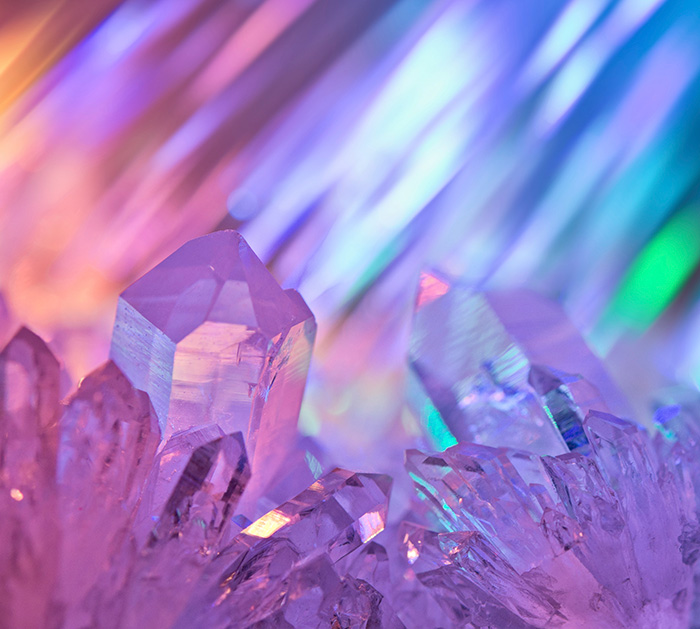 “…invisible areas of energy, often referred to as radiation, that are associated with the use of electrical power and various forms of natural and man-made lighting. EMFs are typically characterized by wavelength or frequency into one of two radioactive categories:

For ionizing EMFs, think ultraviolet light, x-rays and gamma rays. And of course, we know that too much exposure to any of those isn’t good for our bodies.

But here’s where it gets interesting. In the non-ionizing category NIEHS put microwave ovens, computers, smart meters for the home like Nest, Wi-Fi networks, cell phones, Bluetooth devices, power lines and MRIs. I would also add mundane items like refrigerators, ovens, chargers, alarm clocks…you get the point. We’re surrounded by things that constantly emit EMFs. 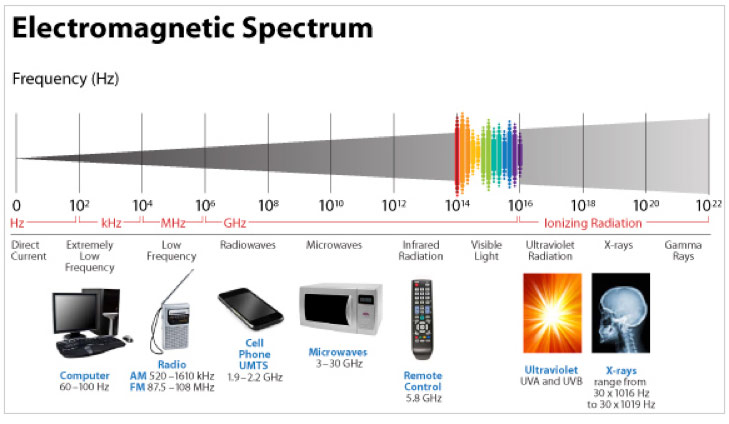 As you can see from this illustration, the frequency emitted by computers and cell phones is pretty low on the electromagnetic spectrum. But, that doesn’t necessarily mean you’re not being affected by them. Being surrounded by EMFs everyday puts an additional “load” on your system that you have to deal with. In fact, Dr. Andrew Weil, a holistic and integrative medicine guru, says that “EMF pollution may be the most significant form of pollution human activity has produced in this century.” This is significant, as EMFs are believe to contribute to just about every form of disease there is, and is linked to many other physical complaints, emotional disorders and mental conditions.

There is a large amount of documentation that supports the above statement, but to sum it up simply – all of our bodily functions depend on electrical activity that takes place within and between cells. The flow of electricity in the body is as essential to your health as the flow of blood. The body conducts electricity that enters it, and when this happens the body’s electrical processes are disturbed, leading to a disruption in cell function.[1] And, believe it or not, your system is constantly absorbing the electricity emitted by all of those wonderful devices you’re surrounded with every day.

To put this in context, I work all the time with people who suffer from physical ailments, stress, and more all related to their environment. And for those that are highly sensitive, EMFs are a particular form of torture for them. I recently did an evaluation of an office space a client wanted to lease. One of her employees complained about the energy of the space, stating that it felt very off and too hyper for her, to the point she wasn’t sure she’d be able to concentrate in it. Normally, every space has some sort of energetic “house dust” that needs to be cleared to bring things back into balance, and the client assumed that was just what her employee was picking up on. When I walked into the space however, the level of EMFs being emitted by the overhead lighting and general wiring was off the charts and was, in fact, what this employee was reacting to!

There’s been (and continues to be) a lot of debate on how to deal with EMFs. Some people recommend shields or EMF protection devices which plug into your wall sockets. Others say to avoid or limit the devices that emit EMFs. I’ve even seen protection recommended in the form of crystals or by placing an Omega symbol made of copper wire to deflect the EMFs. I’m happy to report that none of this is necessary – really. You simply need to have the space or items cleared. Clearing simply shrinks the EMF field, thus removing the issue completely. Of course, it is important to be smart about what you’re exposing yourself to, as in not buying a home directly under power lines, or placing your bed on the same wall as the electrical panel. You get the idea.

I remember an exercise conducted during one of Jean Haner’s space clearing trainings where it was measured how close a person could get to their cell phone before the EMFs it emitted began affecting them. Before the phone was cleared the person couldn’t get within five feet of the phone. After it was cleared, distance was no longer an issue. It was a powerful visual example of the impact of technology and clearing. To your health!