“There is certainly a world beyond our normal consciousness from which neither space nor time divides us, but only the barrier of our sense-perceptions….this threshold is not immovable.” – William F. Barrett, On the Threshold of the Unseen, 1918

In my line of work I’m often asked if ghosts are real and if I ever see them. The answer to that is yes, and many times.

There is a fascination in our culture with the paranormal, and ghosts in particular as evidenced by the many TV shows and movies on the topic – Ghost Hunters, Ghost Adventures, Ghost Whisperer, Medium, The Sixth Sense, Ghost, and Ghostbusters, to name a few. It seems we love a good ghost story, whether it’s told around the campfire, through a scary book or movie, or shared real-world experiences.

I vividly remember the first time I had a paranormal experience. My best friend (over for a sleepover) and I decided to haul out the Ouija board and call up some spirits. We were sitting together on the hot pink shag carpet in my bedroom (yes, I’m dating myself) when all of a sudden there was an audible set of thumps on the ceiling directly below us. Needless to say it scared the bejesus out of us as there was no rational explanation (or older sibling) who might have caused the noise or the sensation.

The Ouija board, in fact, came into existence due to the American 19th century obsession with spiritualism and the belief that the dead are able to communicate with the living.[1] As the story goes, when the patent was filed the chief patent officer demanded a demonstration, stating that the patent wouldn’t be approved unless it actually worked. Obviously it did, and the Ouija board is still around after 120 years. There is no solid explanation as to how it really works, just that it does. Of course, this is widely debated as are many ghost tales, but as I return to Exhibit A – a second-story bedroom with hot pink shag carpet – well, I was convinced.

The idea of spirits or other entities inhabiting our plane of existence isn’t new at all. The Angels and Ghosts website cites, “Tales of ghosts can be found among the folklore of many cultures, spanning thousands of years of history. From Biblical accounts, to tales of the pharaohs of Egypt, to ancient Greece, to Asian dynasties, to medieval Europe, the New World and beyond, these stories have both frightened and captivated the imaginations of humankind.”[2]

Ghosts have even influenced our culture – saying “bless you” after someone sneezes stems from an ancient belief that ghosts could enter the body during a sneeze. Placing a dish of salt upon a windowsill was said to prevent ghosts from entering a home, while holding your breath when passing a cemetery was necessary lest you succumb to the spirits lurking about.

So what’s real, and what’s not? Let’s start by looking at how people can experience the presence of a ghost. One of the most common ways people see ghosts is through an apparition (also known as a shade or specter). These are the sightings you’ll hear about where an elusive image may be seen, either lingering in a certain place or doing a repetitive action. There are famous places throughout the world where ghosts are regularly seen, including the Beechworth Lunatic Asylum in Australia, the Bhanghar Fort in India, Raynham Hall in the UK, and Moundsville Penitentiary in the U.S. (And yes, each one of these places does indeed have a ghost or two, or more!) 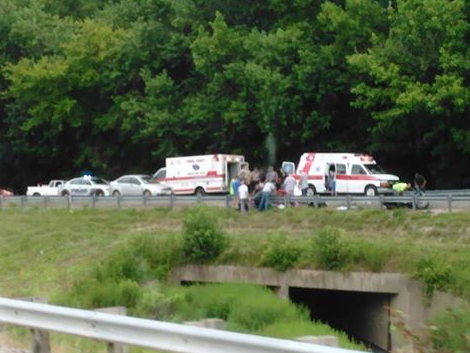 In the picture above, see the transparent image hovering above the scene (note, I can’t vouch that this photo wasn’t altered in some way).

Other ghosts or presences make themselves known by making noise or moving things around; some people refer to them as poltergeists. And let me tell you, these types of ghosts can be annoying – while vacationing in Nantucket I woke up at 2 in the morning to a ghost very insistent on getting my attention by opening and shutting the bedroom door no matter how well I blocked it!

Sometimes the presence of a ghost is just felt or someone will have the sense of them being near. This often occurs soon after someone passes away. (Please note this is not an exhaustive list of how someone might experience a ghost – this is just covering the basics.)

Here’s a fun exercise. Take a look at the photo below and see if anything stands out. 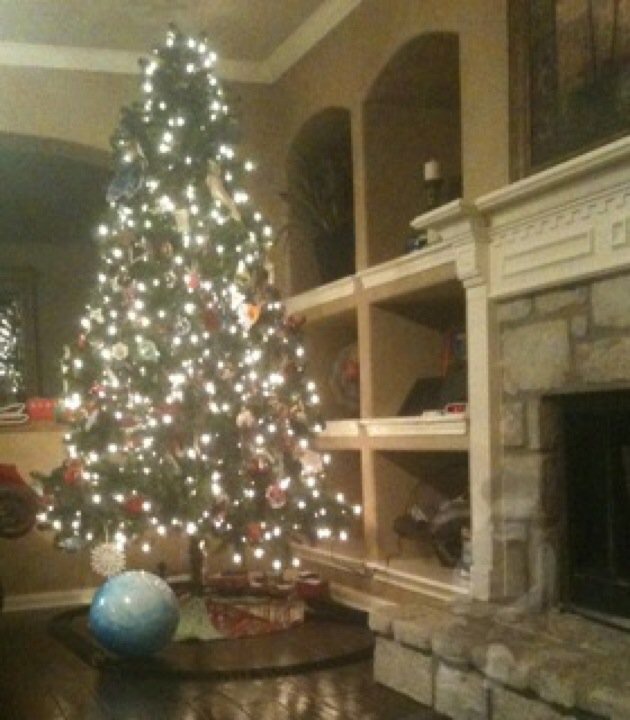 Not sure?  Look at the edge of the fireplace next to the bookshelf. See it now?  I can vouch that this little guy was, in fact, real and the photo is untouched.

So what creates ghosts? I don’t know if there is a definitive answer to this question but in my experience often they are created by sudden and/or traumatic deaths. It’s almost as if the shock of it is so immediate that the person becomes confused and doesn’t know they should pass on to the other side (or heaven or some other place depending on what you believe in). Sometimes ghosts linger because of a sense of connection or unfinished business that they want to take care of. I recently cleared a ghost who passed away suddenly and wasn’t moving on because he was so concerned for his family’s wellbeing.

This brings me to a big point – whether you’re convinced or not that ghosts are real they definitely don’t belong here. Think of it as an interruption in the natural evolution of how our lives (corporeal and at a soul level) should be. By remaining on this plane they are trapped, in a very real sense, and need to pass on. There is a ton of superstitious beliefs about how to get rid of ghosts and many of them are mired in basic fear. Most spirits are benign, with no agenda about harming or scaring anyone intentionally. But, it can definitely be an unsettling experience to encounter one. Luckily, there’s one very effective way to help them move on, and that’s clearing. Clearing simply brings the energy around the spirit back into balance, allowing them to move back into the flow of what they should naturally do, which is move on. I’ve cleared at least a hundred spirits or ghosts and each time I’m left with a profound sense of relief on their part.

I’ll leave you with a parting thought from one of my favorite movies, Ghostbusters. 🙂